Interest levels are a way for your group members to express their investment intentions about a deal. Members can choose from Observing, Considering, Funds Committed, and Invested. If a member expresses an interest level above "Observing" they're also able to include an amount to indicate the size of the investment.

Participants can also indicate when they are "Not Interested" in a deal.

Setting an interest level (With the exception of "not interested") also "Subscribes" the participant to the deal. This means that they'll now receive updates about the deal in their Daily Activity Summary emails.

Interest levels and amounts can also be made private if desired. This is controllable at the individual level and the group level. 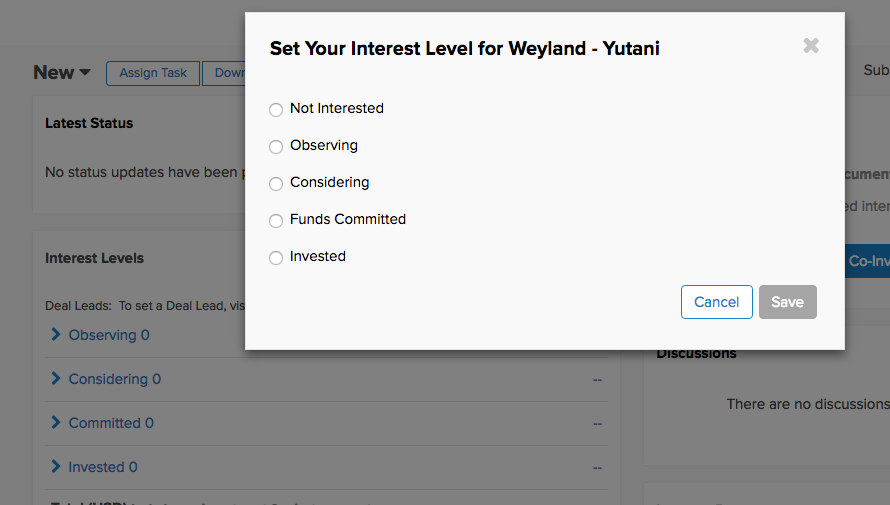 What are ratings and reviews?

Ratings and reviews are separate from interest levels. They're used to asses the quality of a deal. Participants rate deals out of five stars according to either Gust's default criteria, or custom criteria set by the group administrators.

Participants can also leave written reviews along with their ratings. 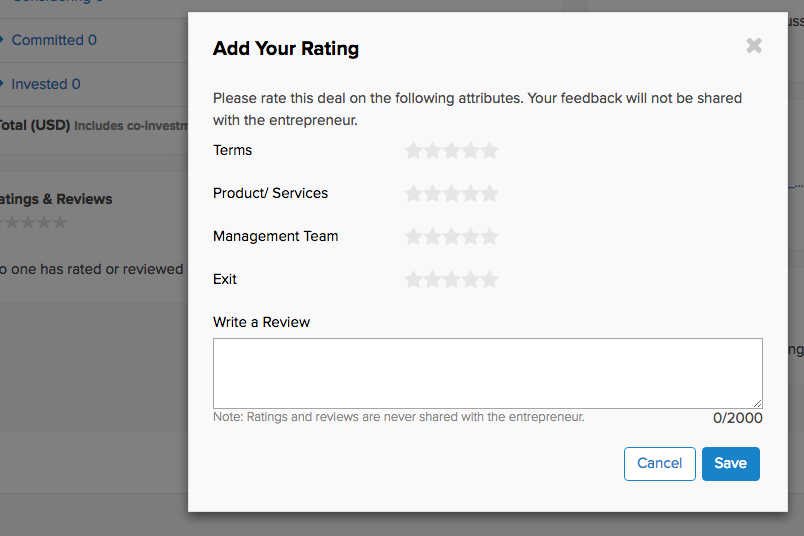 I updated my group's ratings criteria, why don't I see it in my deals.

After you've made changes to ratings criteria, the changes will only affect deals that come in from that point on. It won't apply to deals that were submitted before the change.