In order to see a deal, group members need to be added as a participant to the deal. Group members do not automatically have access to all deals.

Note: Admins can always see all of the deals for a group. Regular Group Members may not have the same view.

Can I automatically add members to deals?

Yes. Once you add some stages to your "Active" pipeline, you can set the stages to automatically add members when deals are moved to that stage. You can either select individuals, a subgroup, or All Active Members to be added to the deals. 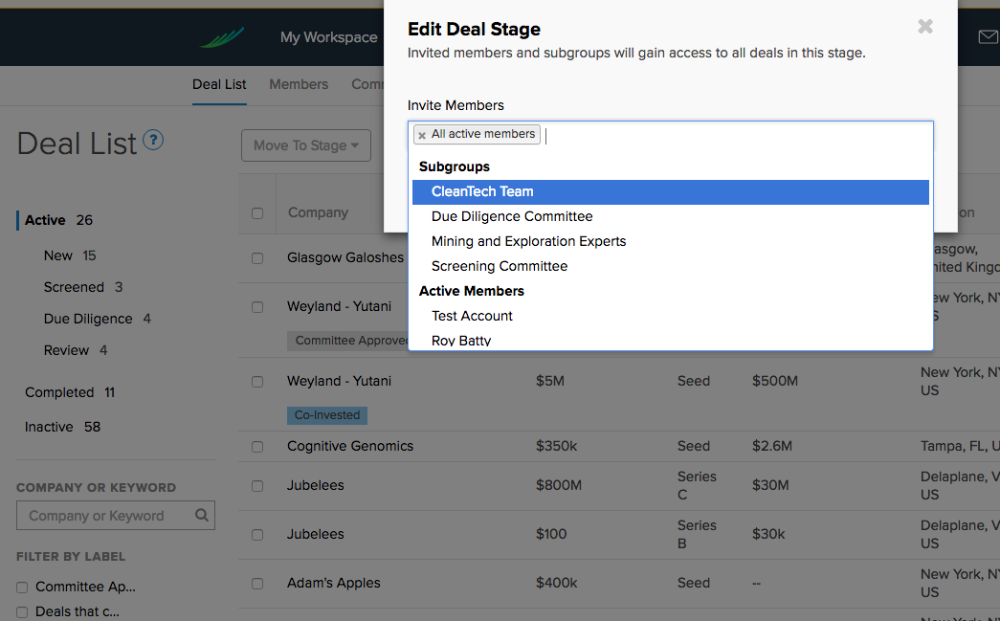 For instance, if your group screens deals, you may want to create a Screening Committee Subgroup (This is done in the Member section). Once you've created a subgroup, edit the "New" stage and select the subgroup from the dropdown.

From there, you can set up another stage for "Screened" deals, and set it to give access to All Active Members.

Under these settings, new deals will be accessible by your screening committee, and when they move the deals to the next stage in your pipeline it will give access to the group at large.

How can I tell who has access to a deal?

When in doubt, check the Participants section of the deal room. This is the master list of who access to the deal. You'll only be able to view it if you're an administrator or a deal lead. If a group member can't access a deal, you can also add them to the deal from this section. 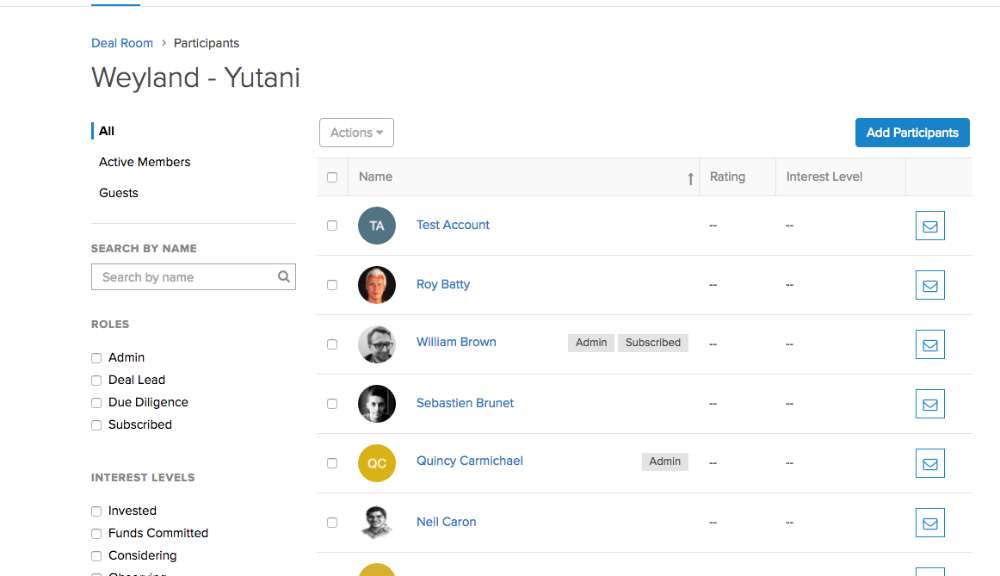 Can I bulk add participants to a deal manually?

Yes. You can check off the deals you want members to be added to on the Deal List, then use the Actions tab at the top to Add Participants button at the top. This will bring up a dropdown of members and subgroups that can be added to the selected deals.

I added a member to my group and he can't see all our deals, even though our "New" stage is set up to add All Active Members.

If every member is meant to have access to all deals that come in, you should have your "New" set up so that all members are added as soon as they come in. This will ensure all your active members are added to new deals.

However, if you're adding new members to your group, they won't be automatically added to deals that are further along in your pipeline, only the deals still currently in "New." In order to ensure members have access to ALL deals, not just those in the New stage, you should edit every active stage in your pipeline to be accessible to All Active Members.

You can also use the bulk adding functionality from the deal list to add members to deals manually after you've added them to your group.