Co-Investment is a feature that allows you to share your deals with another investor group that uses Gust. By Co-Investing you're allowing another group to participate in your group's deal. As long as the group is set up to receive co-investments you can share any of your deals with them. When you Co-Invest you'll be prompted to send a message to the receiving groups admins, so you can provide some context on why you're sending the deal. 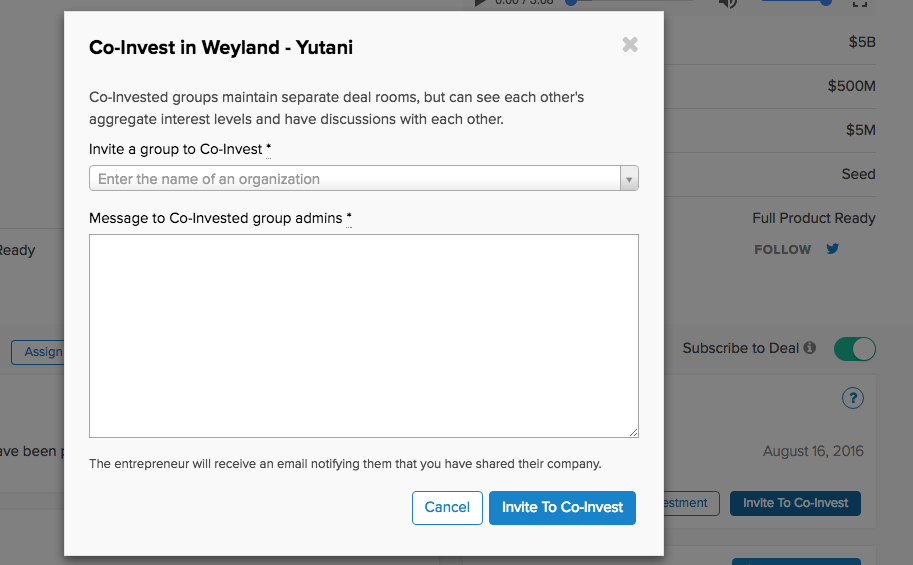 Which of my deals can I Co-Invest?

Any internal or Founder submitted deal is able to be Co-Invested. At one point Gust gave founders the option to not allow their deals to be shared, but we've since made all deals shareable. There are some legacy deals which can still not be shared, but if you have the permission of the founder to share the deal, contact Gust Support and we can change the company's Co-Investment status.

What can Co-Invested groups see?

The Co-Invested group will have access to all of the entrepreneur's Company Profile information, and they'll be able to see your group's aggregated interest levels and amounts, but not those of individuals. 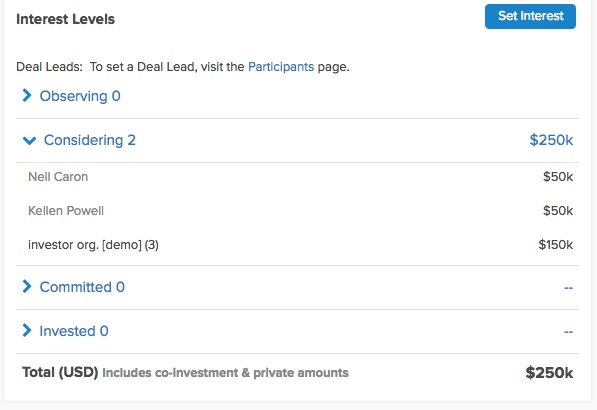 The other group can NOT see:

How do I turn off Co-Investment?

If you don't want to receive Co-Invested deals, admins can turn it off under Settings.