On Gust, co-investment is what we call a feature that allows you to push a deal out to another group. Groups use Co-investment when they think another group might be a good fit for a particular company, or when they want to team up to complete a round. Every investor group on Gust has the ability to appear in the list of co-investible groups. If you don't want to receive co-investment opportunities from other investor groups, you can toggle that in Settings.

Can groups I co-invest with view my group's deal room?

No. When you co-invest with a group you're creating a new relationship between them and the entrepreneur. The entrepreneur will now see that group listed under "Investors" on their Dashboard.

The group you've co-invested with will see a New deal in their Deal List and they'll have their own deal room, linked to yours, but separate. In their deal room they'll be able to see your group's aggregated interest levels, and share messages with all groups co-invested in the deal, but they won't see individual interest levels or your groups deal documents.

The same is true of documents they upload to their deal room, those documents will be kept private to their deal room. The screenshots below show two separate deal rooms for the same co-invested deal. One view belongs to a member of London Seed Fund, and the other is an East Coast Angels member.

Although both groups have access to the Entrepreneur's information, and can see the aggregated commitment amounts of the other group, London Seed Fund have a lot of Deal Discussions and Investor Documents in their deal room that don't appear in East Coast Angels' deal room. 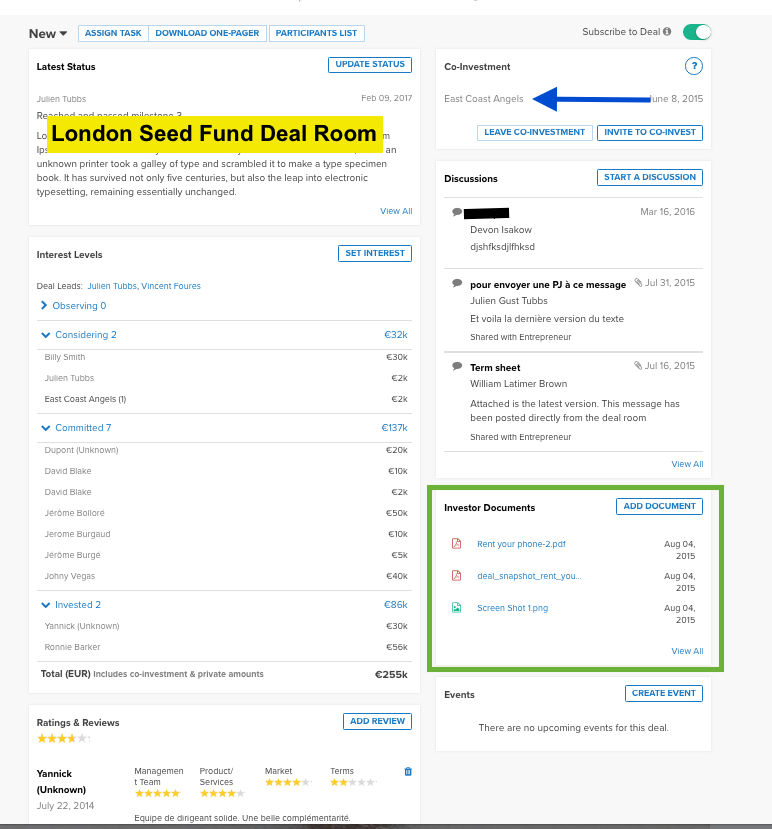 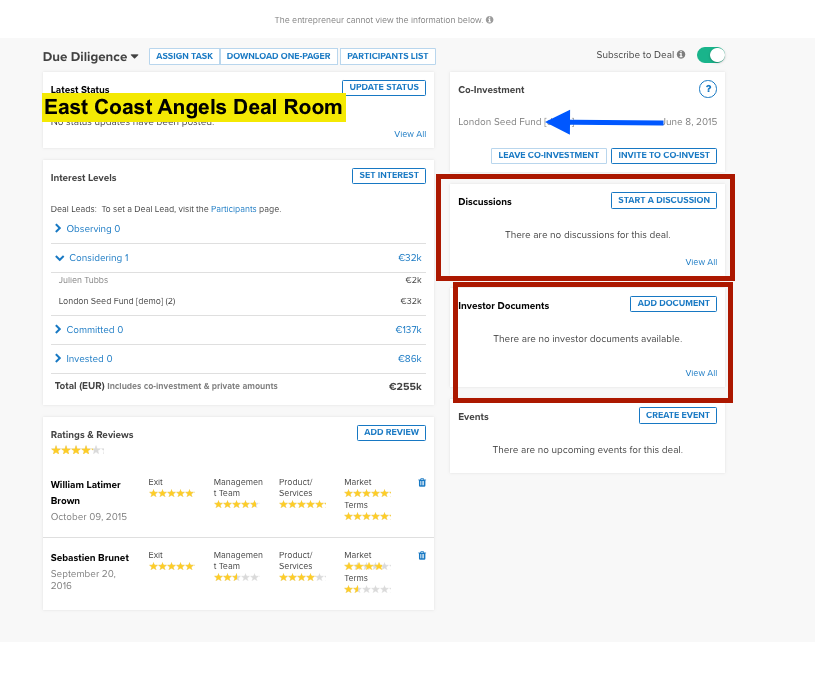 How can I share my group's documents with a co-invested group?

In order to share a document with groups you're co-invested with, you'll need to use the Deal Discussions feature. Start by creating a new Deal Discussion post and make sure to choose all co-invested groups when selecting your audience. Then use the Attachments field to add any documents you wish to share. 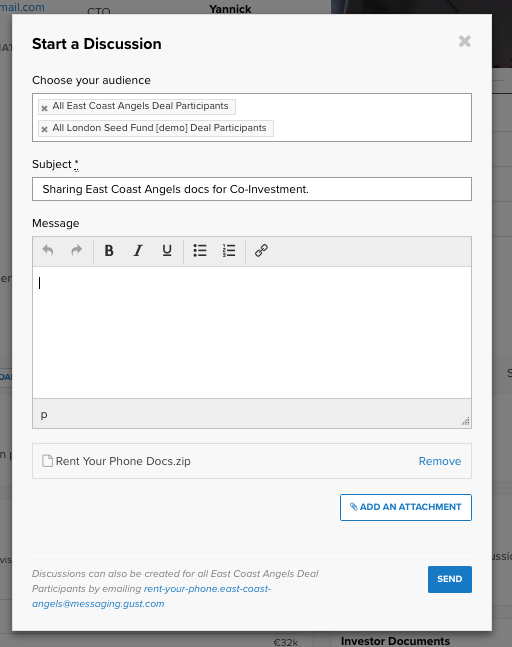 Once you've sent that message, the members of all co-invested groups will be able to access those documents from the "Discussions" section of their respective deal rooms. 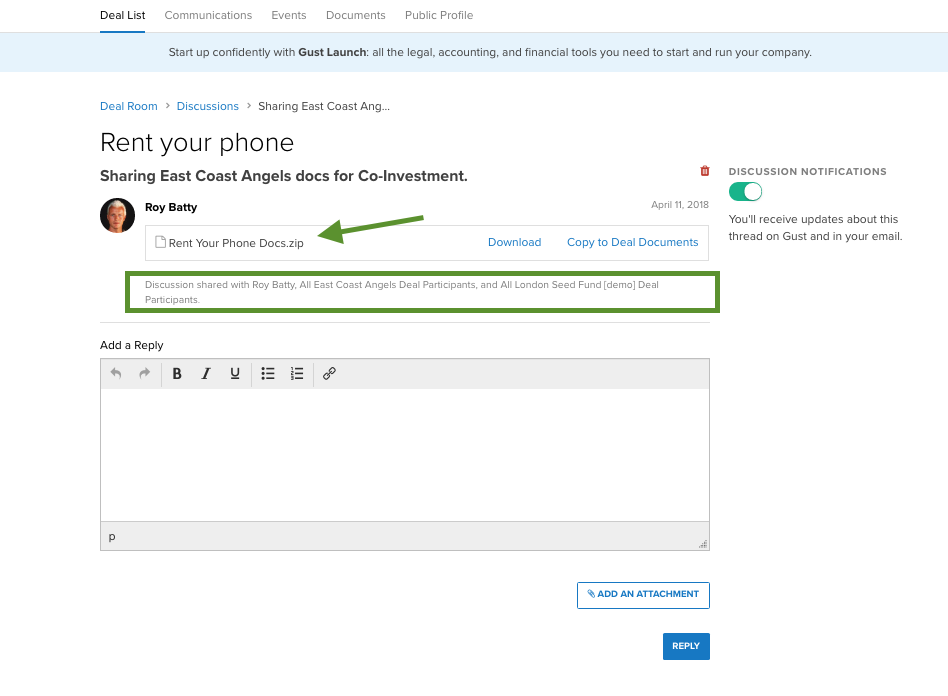